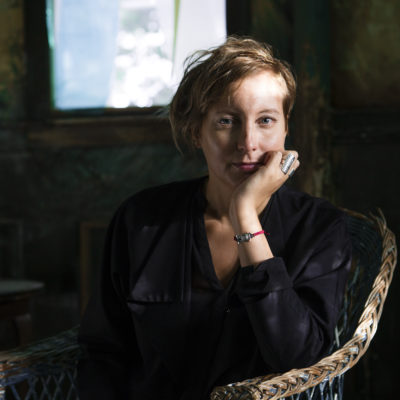 Mina Laamo is a film-making professional, working in film since 2003.

In addition to working as a screenwriter and director in her own films, she has worked as a Producer and Production manager and in charge of communications and marketing. The production company, Koko Production, was established by director-screenwriter-producer Mina Laamo in January 2017.

Besides the documentary film-making she works closely with Pia Andell, with whom she has authored the media art installation Four Trick Pony, exhibited at the Turku Art Museum in 2020-2021.

Sorrow Tamers (66′) is an art-house-documentary film about individuals, who have decided to face the sorrow as it exists to them. Sorrow always shakes up the life we used to know, and everything is changed. Changed how? You do not know, unless you fearlessly step into the world of grief and, without fearing the change, step out in due course as a new, transformed version of yourself.

Shot on film, the short episodes of individual stories form a larger story of the finite nature of life and the intrinsic need of human beings to reach out to each other, even when it is not possible. Life is learning how to let go before death, the ultimate momentum of letting go.