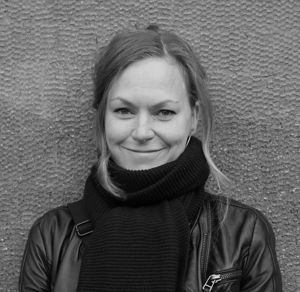 Paula Korva is a film director and screenwriter. She is specialized in comedy and has worked as a show runner, staff writer and director on several sitcoms and sketch shows, eg. YleLeaks, Konttori Suomi and SNL. Her latest work is Rehtori, a sitcom created for CMore/MTV3. Korva has also written and directed several award-winning short films.

Korva has also directed documentaries and worked as a journalist. She holds a MA in Film from Aalto University and MA in Economics from University of Helsinki. Korva was born in Lapland and lives currently in Helsinki. She has two children.

The Principal (Rehtori) is a 10×22’ comedy series created for CMore/MTV3. It tells of an awkward middle school principal struggling to keep her school under peaceful control.

“The series is a workplace comedy, revolving around the middle school’s principal, the teachers and their relationships. It’s also a satire about the world-class Finnish education system we in Finland are so proud of”