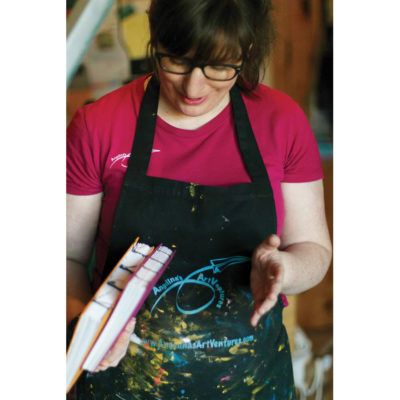 As an artist and a printmaker, I draw deeply on words, symbols, and stories from Ireland’s past. I’m passionate about fostering arts participation, self-expression, and connection through hands-on, immersive workshops and art experiences in and around my studio in Kildare.

I’m also deeply engaged in supporting community arts projects through my curation of creative visitor experiences and a variety of heritage, culture, and corporate initiatives across Ireland. In July 2022 I rebranded and opened my socially engaged practice as Blueway Art Studio.

Kildare’s Blueway Art Studio is a hub for art workshops and art projects that harness the energy of creativity, traditional skills, and Ireland’s compelling stories for the benefit and enjoyment of individuals, communities, and wider audiences.
Angelina is a member of Limerick Printmakers, she has professional membership of Visual Arts Ireland, Peannairí (the Association of Irish Calligraphers) and Business to Arts. She is interested in exploring how enterprise and creative tourism can work together to improve local economies, encouraging respect for artists incomes.

2021 – Bank of Ireland Begin Together Fund supported by Business to Arts.

In 2020 Angelina was awarded the Bank of Ireland Begin Together Fund, in partnership with the Shackleton Museum, to create experiences based on Ernest Shackleton’s printmaking practice in Antarctica and women in his family history.
With support from Conradh na Gaeilge, she built a mobile screen printing machine in 2018, which has travelled to farmers markets and festivals, offering creative experiences of the Irish Language and heritage. She now delivers workshops and pop-up experiences in characterful locations throughout Ireland, collaborating with libraries, museums, festivals, tourism entities, and community groups to bring stories and language to life.
Angelina was accredited as Design Leader as Gaeilge by Ireland’s Business All Stars Programme and was a finalist in the Irish language category of the Business All Star awards 2018. 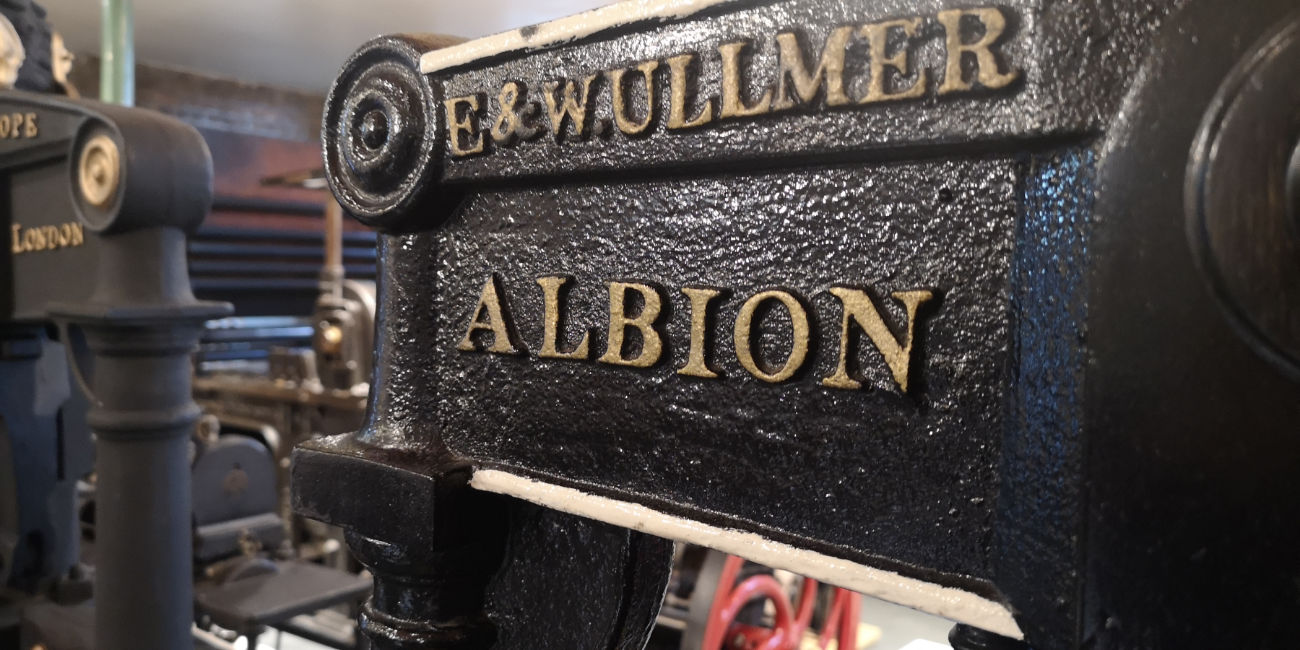 The story of Shackleton in Antarctica tends to focus on the scale and bravery of the Endurance expedition, without noting the Kildare explorer’s printmaking and literary accomplishments.

My ‘Printmaking at the Sign of the Penguins’ project set out to explore the creative story of Shackleton in Antarctica and animate it for everyone who has an interest in the extraordinary ambition of Shackleton and his crew.

The recent discovery of his ship Endurance, lost in Antarctic waters for 107 years and his centenary year in 2022 have ignited interest in one of the greatest leaders of the golden age of exploration, and so it’s a great time to draw attention to Shackleton’s achievements as a writer, poet, and Antarctica’s first publisher.

The Printmaking at the Sign of the Penguins project – funded by Bank of Ireland Business to Arts Begin Together, in partnership with Shackleton Museum, Co Kildare – was designed to create awareness of Shackleton’s artistic achievements. It also explored how art can be created in challenging situations, shedding light on the printmaking and bookmaking practices undertaken by Shackleton in Antarctica, along with his crew.

The project’s name is a nod to the inscription on the first page of Shackleton’s book, and at the end of the project, I made a short film (see below) which was presented at the Virtually Shackleton event in 2021.