Charo Lopes has a Journalism degree, a Literature, Culture and Diversity Master and an Artistic Photography HNC. As a poet she has published two books, ‘De como acontece o fim do mundo‘ (2016) and ‘Album‘ (2020). She has participated in festivals, expos and collective publications.
She has particular interest in the relationship between word and image, always under a critical perspective, with a feminist, decolonial and anti-capitalist perspective all over the artistic industry.
As a journalist she works in the newspaper Novas da Galiza and in the website Portal Galego da Língua. As a photojournalist, she published in Galiza Contrainfo.
Her visual work is developed as an editor in the magazine caleidoscopica.gal and also as a freelancer photographer specialized in portrait in Uma qualquer, a project where she works with women in individual sessions as a path to empowerment and self-awareness. 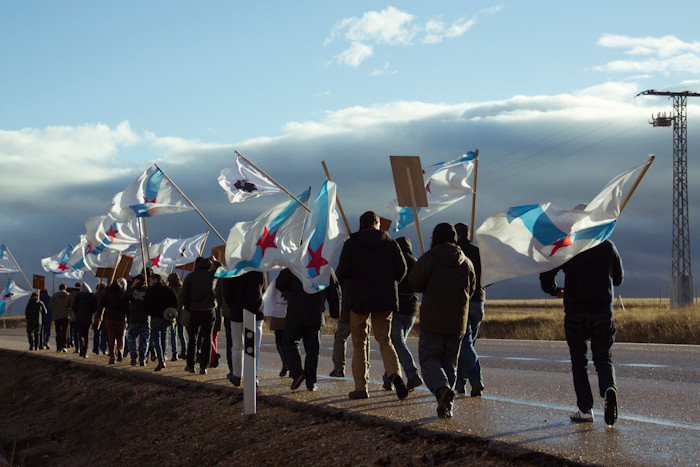 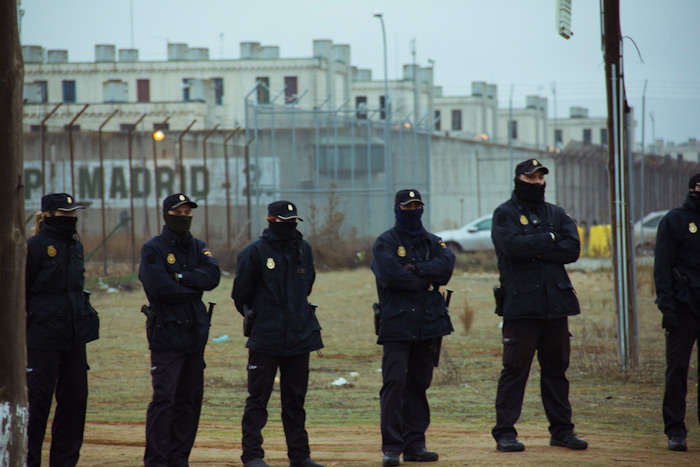 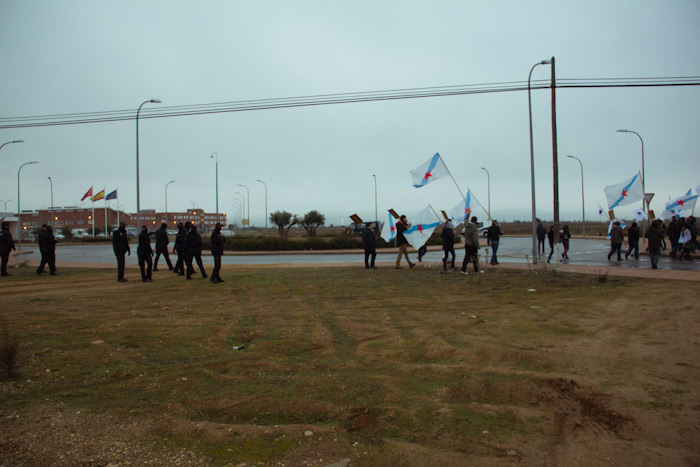 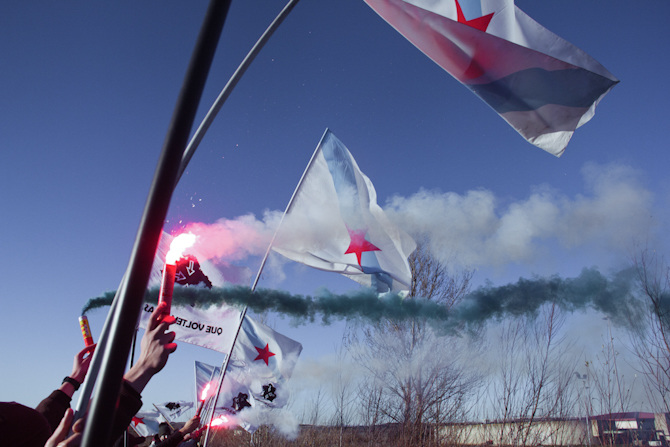 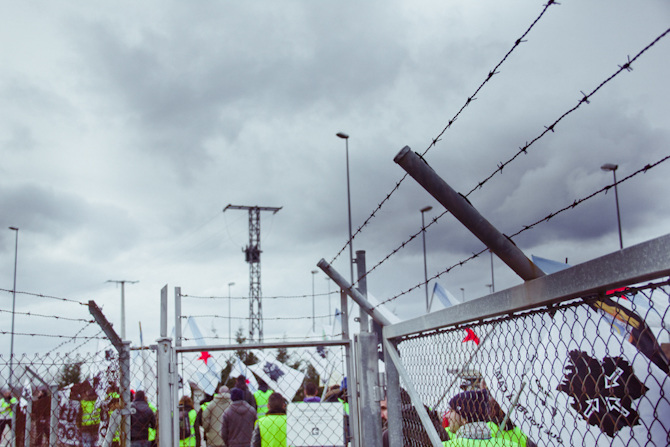 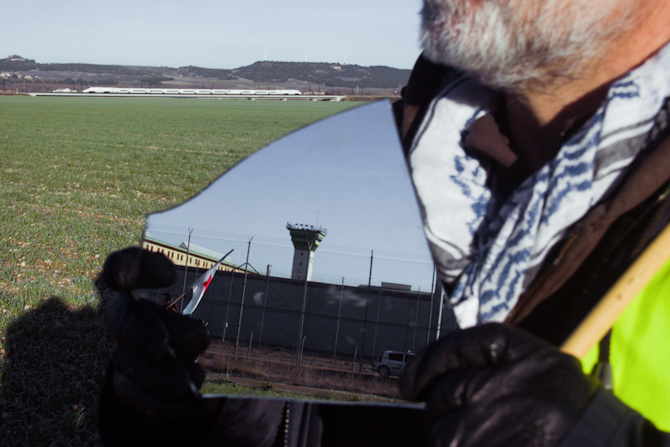 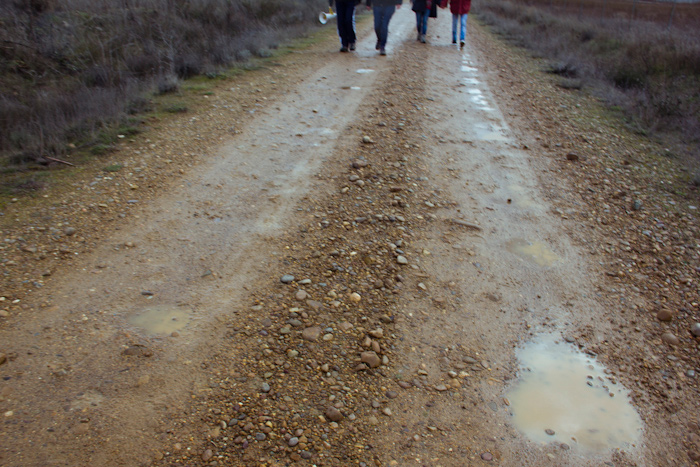 Prison is the only place where power is manifested in its naked state, in its most excessive form, and where it is justified as moral force.
Michel Foucault

Photojournalistic work around Spanish prisons. Seen from outside. It is the result of reports made over several years (2014-2018) in marches organised by social movements. It is a portrait of the dispersion suffered by people imprisoned for political reasons, in this case Galician pro-independence activists. A feeling of resistance; against the walls, like little sparks in front of extermination centers.