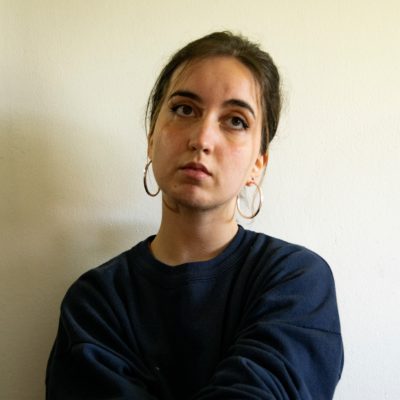 Born in 1997 in Wetzikon, Zürich. Based in Santa Comba, Galiza. 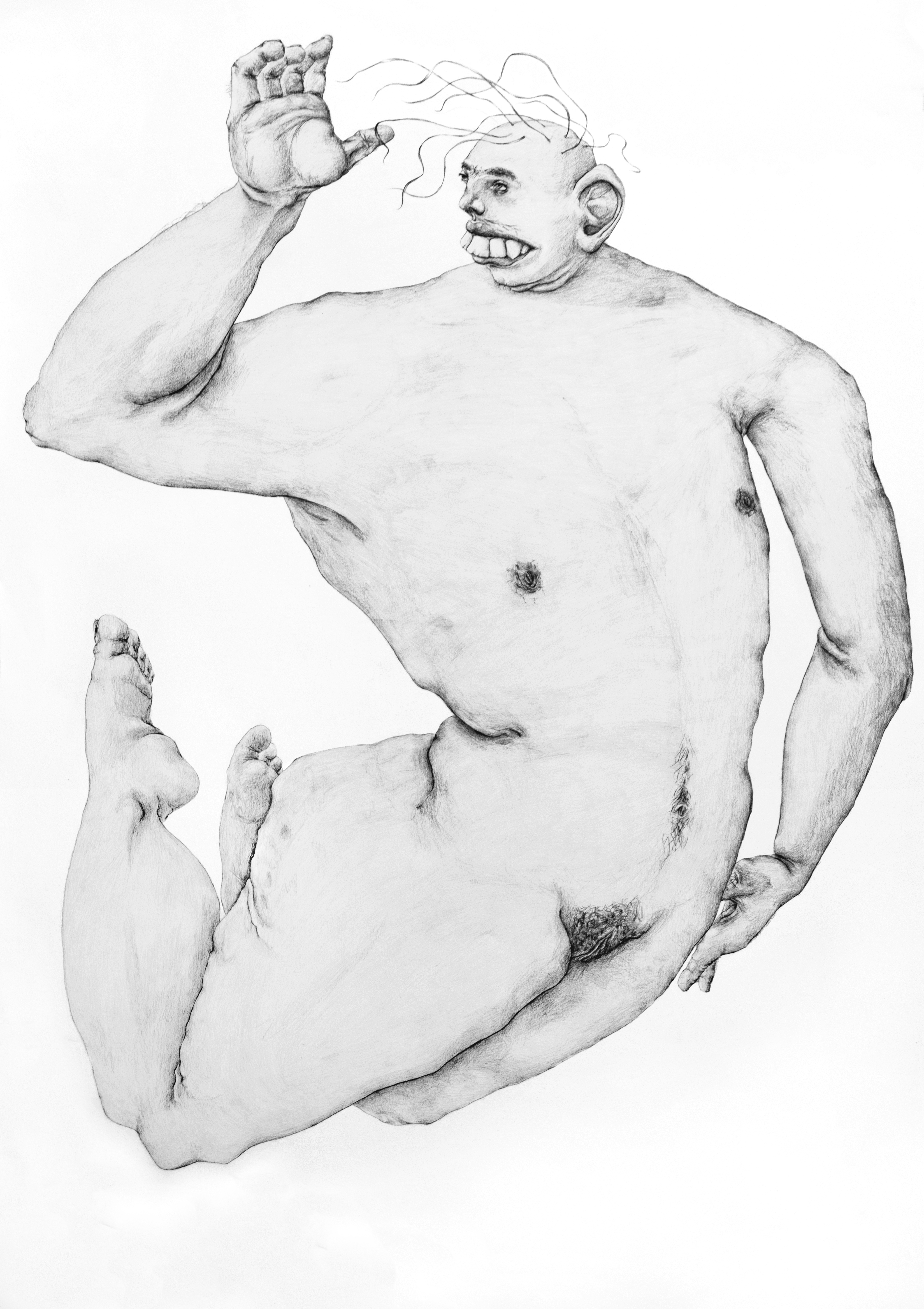 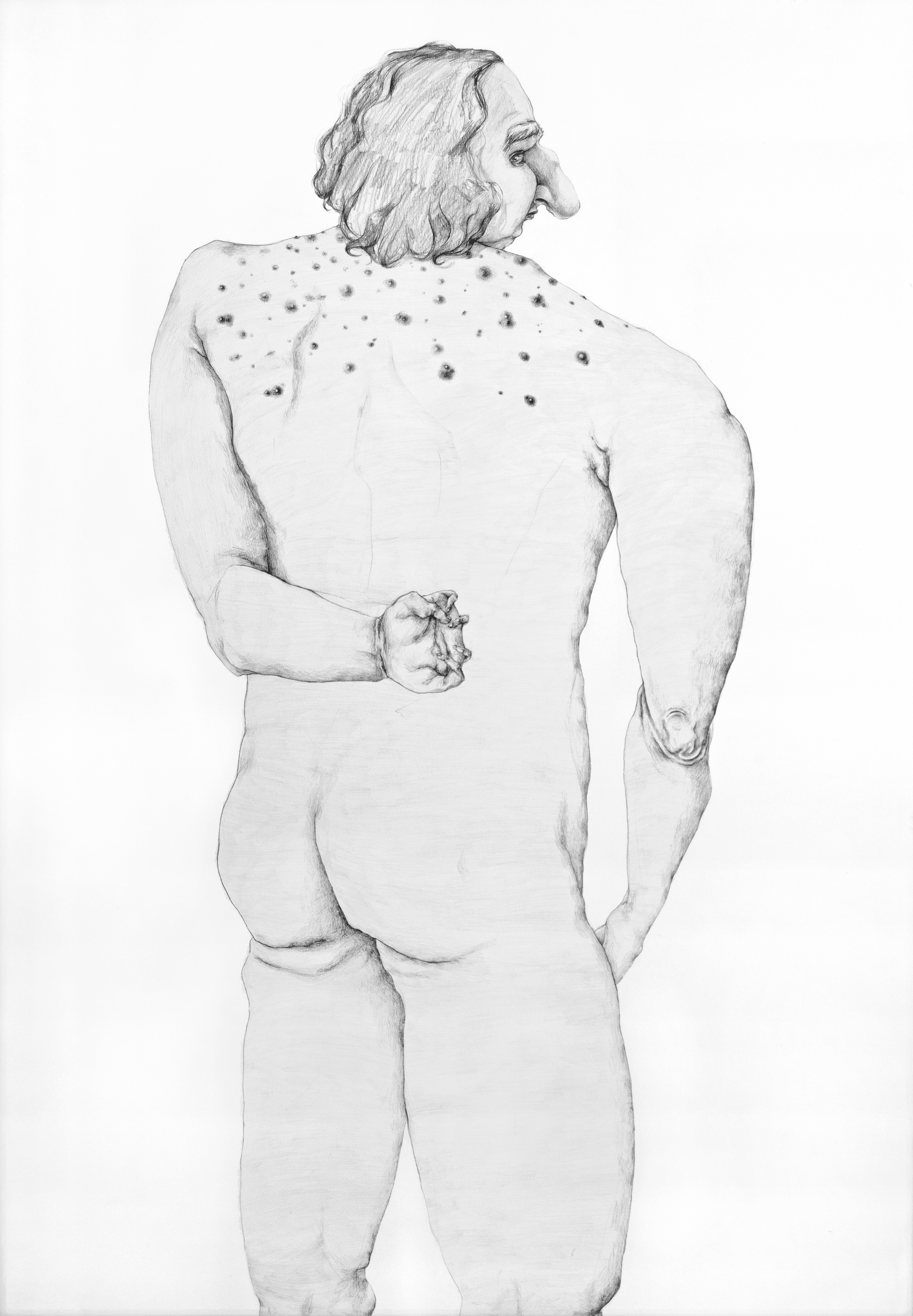 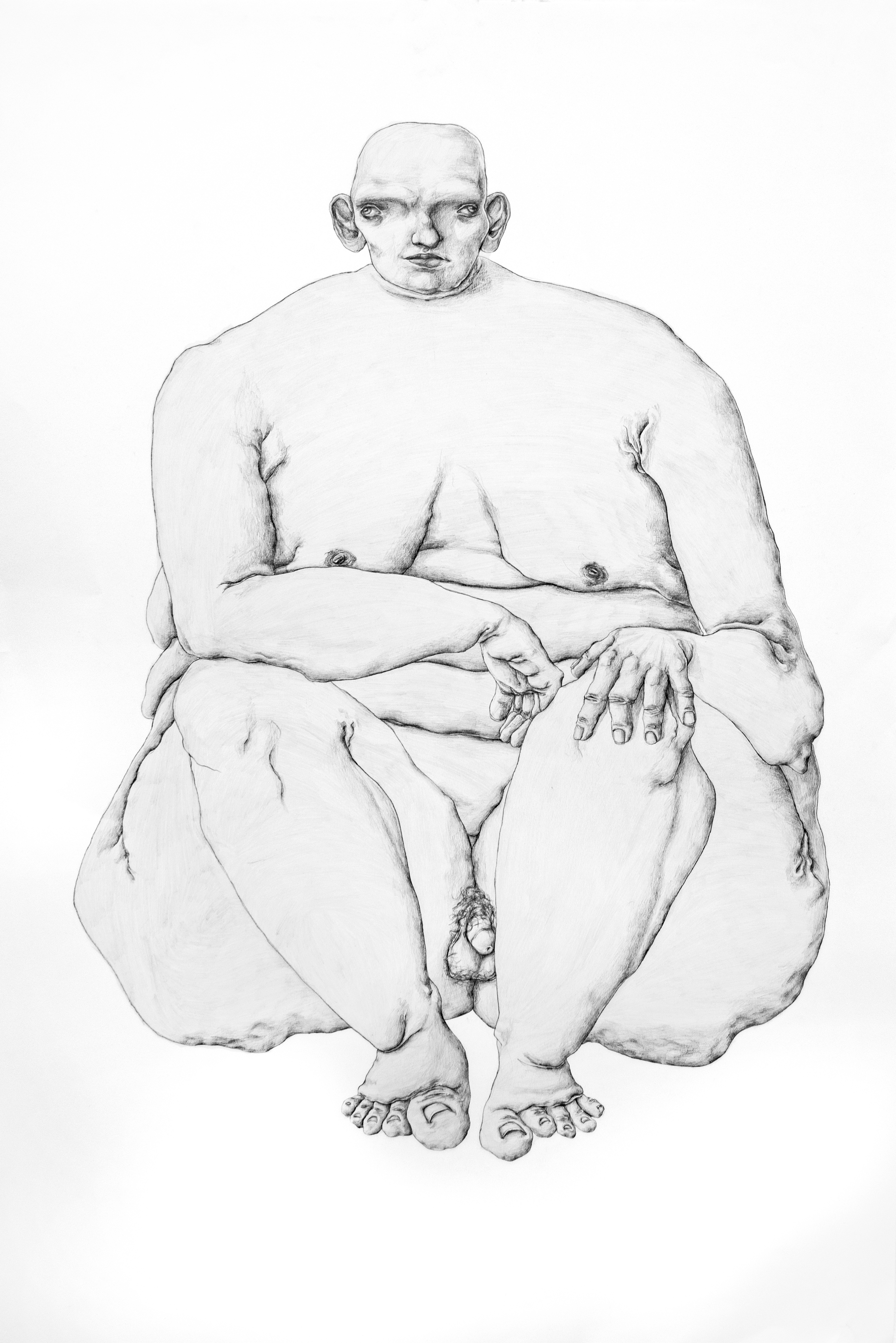 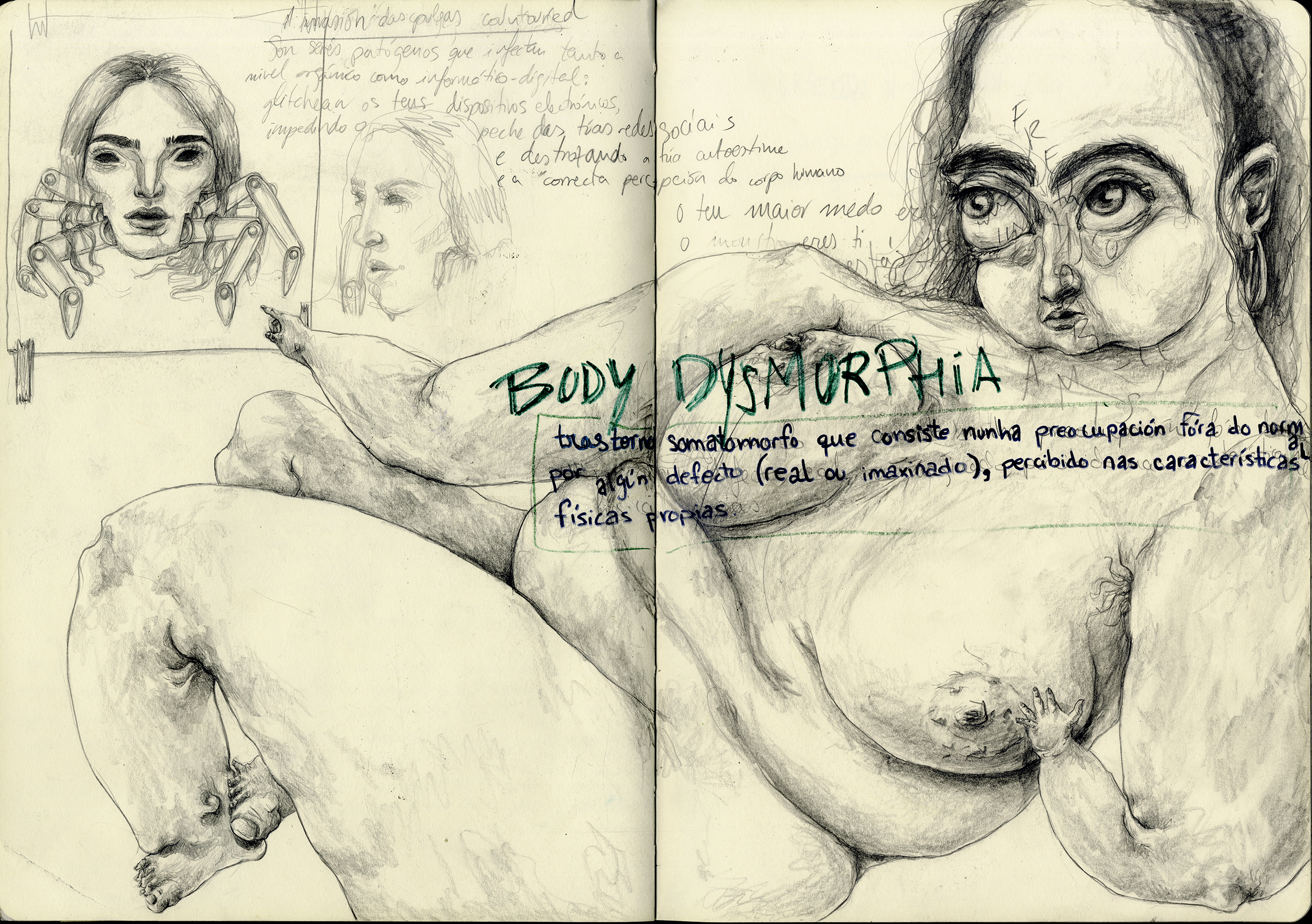 [dysmorphia: fictional alterations of the appearance]

About body dysmorphic disorder  (BDD), a somatomorphic mental disorder where the affected ones are obsessed with one or several physical flaws, triggering a profound deformation on their self-perception. It is portrayed in 6 big drawings and a field notebook that gathers its creation process. It also includes the private-public duality: the notebook, kind of a personal diary, visceral and almost violent; faced against the thorough treatment and dignity that these large figures own. This project was done as end-of-degree for the Fine Arts Degree at Vigo University, on June 2019.