Clara Román is an interdisciplinary artist and activist focused on video art, performance, installations and digital scenography. Born and raised in Madrid, in 2012 she moved to Rome, Italy, where she graduated in Entertainment, Fashion and Digital Arts at the University of Rome “La Sapienza”, specializing in Politics and Aesthetics of Performance. In 2018, together with his partner Tiago Branchini, he founded the interdisciplinary studio of new media, L4R. Her artistic research addresses issues relating to social, gender and feminism, racial, environmental and technological problems in relation to today’s society. 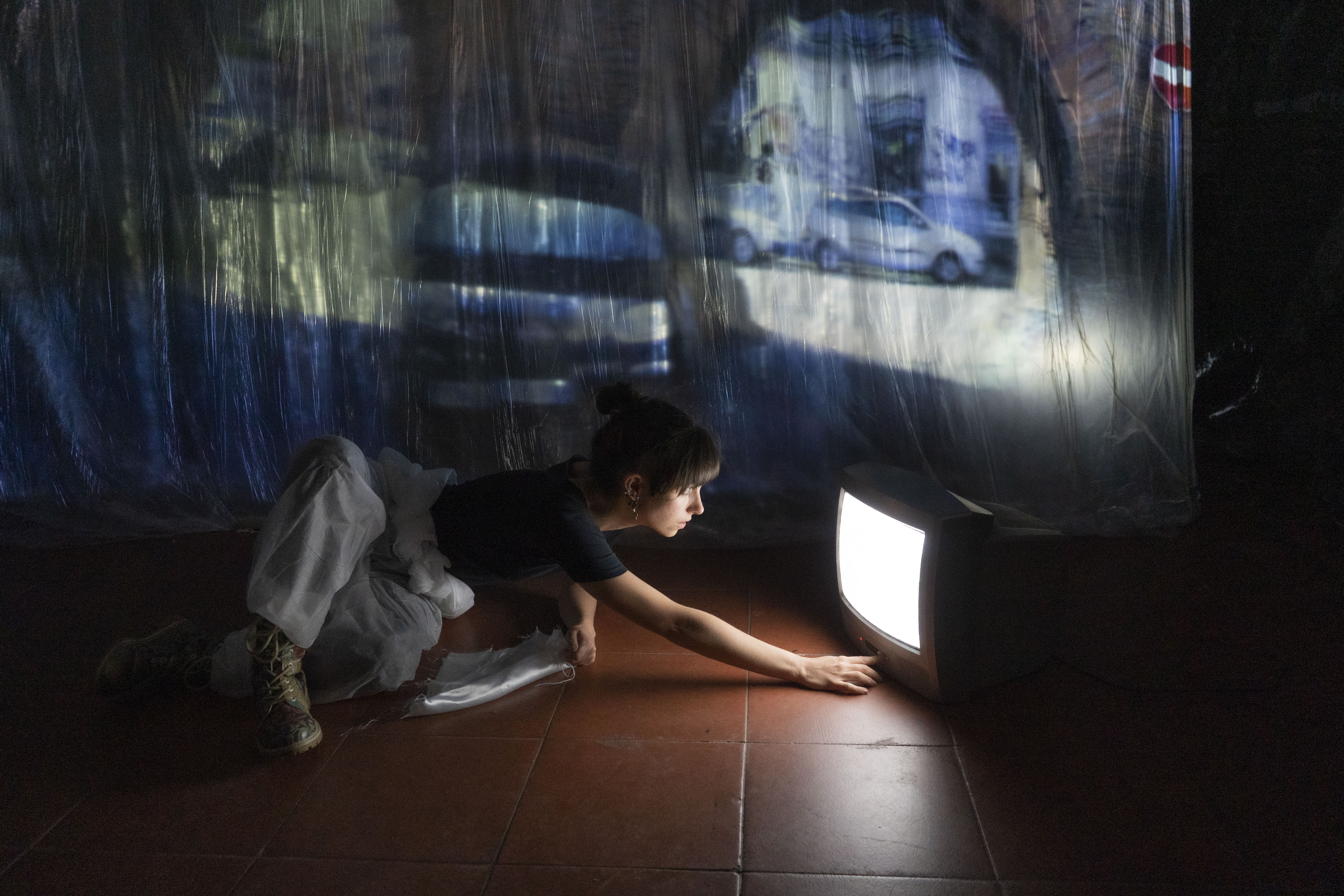 Br34king the v1rtual is a performance that works on the feeling of being alone and isolated in the midst of a reality that is always told through digital media; creating bubbles of information, screens within other screens and technological devices.
On stage a simple, slow and accurate action as opposed to an avalanche of information. The performer’s body loses its social and environmental connection, adapting and seeking a new condition in which to rediscover its human identity. In contrast to this identity we find nature; an environment that has become without human intervention, which confronts both the performer and the public with the question of the problematic nature of the natural and the artificial.

This work stems from an artistic research begun towards the end of 2018, starting from the idea of ​​exploring the connections between the body, light and music. A search towards different points whose axes approach, converge, move away and touch again. The thread that sustains these elements are the posthuman studies that form a bridge in this exploratory game. For us, bodily work together with light is very important, and how the body can cut it, disappear in it, multiply and become part of it. An important choice in the staging was the voice, which is digitally introduced as a voice over together with the sound environment, in this way the word is revealed in the form of poetry through the estranging voices. In contrast to this world we find nature and stillness. A poetic investigation into the perception of the body without organs in a post-human future in relation to the earth and nature.