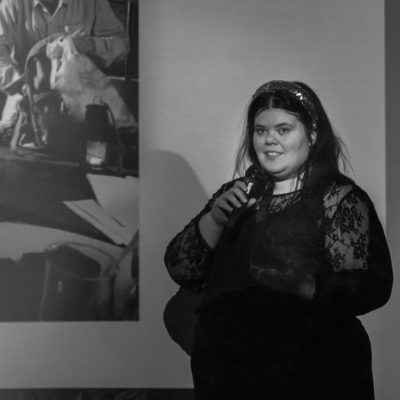 Lovisa is a screenwriter/director based in Akranes, Iceland. She graduated from film school in 2014, taking away the prize for the best picture in her department. She founded the first and only horror film festival in Iceland along with her husband in 2016, Frostbiter: Icelandic Horror Film Festival.

Since film school, she has made several short films that have gone on to be screened in festivals around the world.

Lovisa has won screenwriting competitions for a stageplay and two short film scripts and has also collaborated on two television series that are currently in development.